OLIVAW: an artificial intelligence that has learned to play Othello from scratch.

It is 1997 and for the first time in history the world chess champion Garry Kasparov loses against a machine, DeepBlue, developed by IBM with the help of great chess masters. In 2016 it's up to Lee Sedol, one of the greatest Go players ever to be defeated by AlphaGo by DeepMind (Google), a new generation program based on neural networks that he has learned to play by analyzing the matches of professional players.

A year later something puzzling happens, AlphaGo is beaten 100-0 by a new version, AlphaGo Zero, which however has learned to play independently, starting only from the rules and improving by playing against itself. Human knowledge in the game is no longer necessary, rather it becomes limiting.

At the Sapienza computer science department we reproduced this last result on a simpler but always interesting game, the Othello, using computational resources accessible to anyone: a laptop and free cloud computing platforms.

The AI ​​is called OLIVAW, and at the Maker Faire 2019 you can challenge it for the first time. To what degree of difficulty will you be able to beat it? You can also find out everything
on its functioning with the author.
In a talk we will instead talk about the genesis of OLIVAW, we will start from why today the games are at the center of progress in artificial intelligence and we will end with the most exciting moments of the challenges between OLIVAW and Alessandro Di Mattei, Italian champion of Othello 2019, and Michele Borassi , world champion 2008. 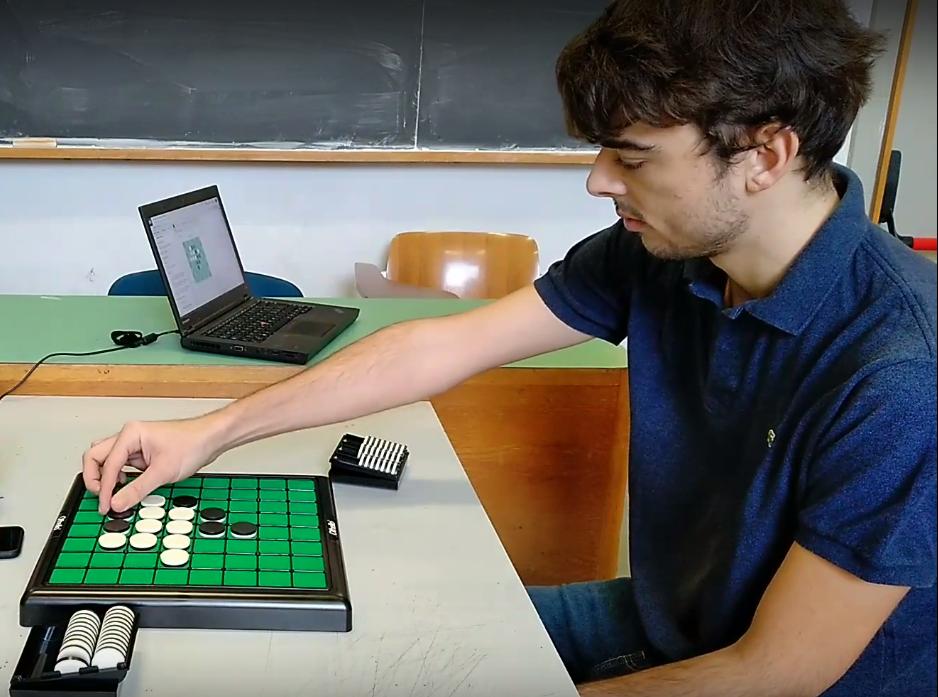 PROMOTED AND IMPLEMENTED BY

Independently organized and operated under license of
Maker Media inc.

What is Maker Faire?

It is the most important event in the world of innovation. Is a showcase of invention, creativity, and resourcefulness. Maker Faire gathers together tech enthusiasts, crafters, educators, tinkerers, schools, universities, research institutes, artists, students, and corporations. Makers come to show their creations and share their learnings. Attendees flock to Maker Faire to glimpse the future and find the inspiration to become Makers themselves.